Plant a tree in memory of Earl
An environmentally-friendly option 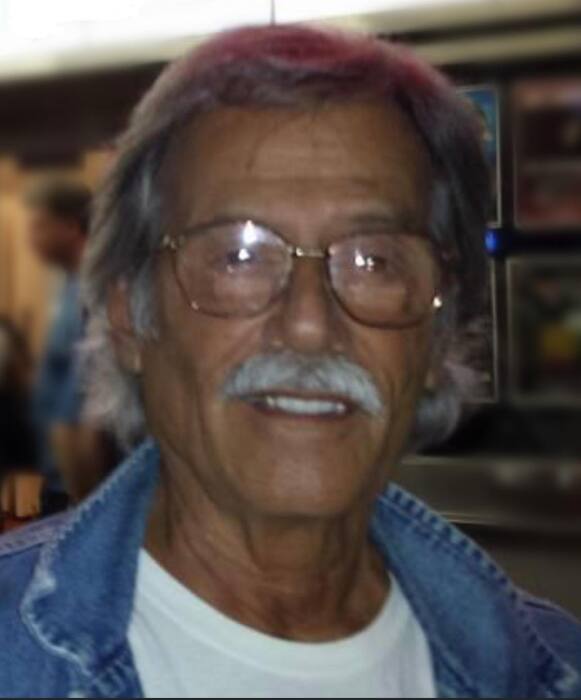 Earl Walter Eberwein Jr., 81, of the Chestnut Hill neighborhood of Philadelphia, lost a brave fight of three years with Acute Myeloid Leukemia on July 28, 2021. He is survived by his children, Nicole Marie Eberwein and Elizabeth Anne (Eberwein) Hutchins (Phil), his granddaughter, Emily Anne Hutchins, his former spouse, Dale (Lentz) Eberwein, as well as several extended family members and dear friends. He was preceded in death by his parents, Earl Walter Eberwein Sr. and Margaret (Morasco) Eberwein, also of Chestnut Hill.

Earl led a life of many adventures, and his friends describe him as “one of a kind,” having amassed amazing experiences that he relayed to those around him with his colorful and entertaining flair for storytelling. Earl had a gift for making friends everywhere he went. He was funny, sentimental, and a talented artist across many forms of media – painting, furniture refinishing, interior design, horticultural design, jewelry-making, and costume design for historical reenactments – just to name a few. He won several awards for his varied creations. Each room of his home was designed to represent a different country’s style aesthetic, and those who experienced it described a feeling of being transported to France, Spain, and Morocco.

Earl loved the outdoors and his time spent fishing or at the sportsman clubs he frequented. He spent endless hours curating his award-winning garden and loved watching the birds. Earl cared for many beloved pets throughout his lifetime and cherished the companionship of his cats.

Earl’s great adventures began after he graduated from Germantown High School and joined the US Navy as a Signalman on the USS Gearing. He spent time in many countries, but most fondly recalled his time spent in Monaco where he enjoyed Christmas dinner at the palace by invitation of fellow Philadelphia native, Princess Grace. Following his time in the Navy, Earl returned to Philadelphia as an Apprentice Artist for the Philadelphia Inquirer. His desire to see the world took hold again, so he joined the Merchant Marines, where he was able to experience South America and the Caribbean. Following the Merchant Marines, Earl had many brushes with celebrity while working at a popular Mod clothing shop in Philadelphia. This led to an aspiring modeling/acting career in which he moved to New York City and had a photo shoot with Veronica Hamel and Edie Sedgwick. Earl further pursued acting by moving to California and appeared as an extra in an Oscar-winning movie. Following these experiences, Earl returned to the Philadelphia area where he got married and raised his children. He was a Master Furniture Refinisher/Repairman for local moving companies for the rest of his career. Here, Earl’s artistic skills led to him being regarded as among the best in his field.

Earl lived an exhilarating life and met many people, but what was most important to him was his relationship with Jesus Christ. He spent hours each day writing in his Bible journal for the last several months of his life. On battling cancer, Earl said, “The way I see it, I win either way. If I live, I win. If I die, I win, because I get to be with Jesus. It was an interesting life and I don’t have any complaints.”

It was Earl’s wish that in lieu of flowers, donations be made to the Leukemia & Lymphoma Society. Interment private.

Plant a tree in memory of Earl by clicking here.
To send flowers to Earl's family, please visit our floral store.

Plant a tree in memory of Earl
An environmentally-friendly option

Plant a tree in memory of Earl

1 tree planted in memory of Earl

There are 2 photos available in the gallery

A Memorial Tree was planted for Earl Walter Eberwein, Jr.

Plant a tree in memory of Earl