We would like to offer our sincere support to anyone coping with grief. Enter your email below for our complimentary daily grief messages. Messages run for up to one year and you can stop at any time. Your email will not be used for any other purpose.

Share a memory
Obituary & Services
Tribute Wall
Read more about the life story of Kenneth and share your memory.

Ken was born to Lawrence and Margaret Zimmer in Levittown PA on September 14, 1956. The family moved to Cherry Hill, NJ when he was 12 years old. Ken attended Cherry Hill High School East and went on to graduate from Rider College in 1979.

Ken met Lynn Hornsby, while at college, and they married a few years later. They grew to a family of five with the births of their three children, Nicole, Kevin and Scott. Zim took great pride in all aspects of family life, a devoted husband, father, coach and mentor. Ken had a passion for coaching many of the sports teams within his community of Moorestown. Ken joined SEI Investments after graduation. His career spanned over 25 years where he held leadership positions in private banking, along with global, institutional and private wealth. It was during this time, he developed life long friendships with many of those he had the privilege to work with. The bonds he formed will always be a part of his family. Ken was a very “unique” individual with a larger than life personality. Everyone who had the pleasure of knowing him, undoubtedly has a “Zim” story that is hysterical, inspiring and maybe, at times, even infuriating. In recent years, Laurel Creek Country Club was Ken’s second home, where he was a member of the Board and Golf Committee. The relationships he developed within LCCC we so very important to Ken and a testament to what he stood for.

Ken is survived by Lynn, his loving wife of nearly 40 years, along with their children Nicole Edgar (Chris), Kevin Zimmer (Amanda) and Scott Zimmer (Alexa). “Papa Z” will always be cherished by his three grandsons Connor, Caden and Colin Edgar, who he enjoyed fishing, golfing and goofing around with. He is also survived by his siblings Larry Zimmer (Lynne), Dan Zimmer, Gerry Zimmer, Joe Zimmer (Debra) and Peggy Thompson (Jeff). In addition, he was an uncle to 14 nieces and nephews.

Ken is predeceased by his father, Larry Zimmer, and his mother, Peggy Zimmer Stewart.

Our family is deeply saddened by this sudden loss but know his memory will live on for all who knew him.

To send flowers to the family or plant a tree in memory of Kenneth G. Zimmer, please visit our floral store. 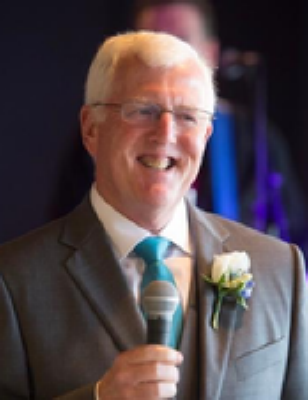 In Loving Memory Of

Look inside to read what others
have shared
Family and friends are coming together online to create a special keepsake. Every memory left on the online obituary will be automatically included in the book.

In Loving Memory Of

Look inside to read what others have shared

Family and friends are coming together online to create a special keepsake. Every memory left on the online obituary will be automatically included in the book.

You can still show your support by sending flowers directly to the family, or by planting a memorial tree in the memory of Kenneth G. Zimmer
SHARE OBITUARY
© 2023 John J Bryers Funeral Home. All Rights Reserved. Funeral Home website by CFS & TA | Terms of Use | Privacy Policy | Accessibility